Battle of the Decades quarterfinal game 4.

OPENING REMARKS
Alex: Thank you, Johnny Gilbert. Thank you, players. Hello, folks, and welcome. So far, we have three semi-finalists waiting in the wings, two of them representing our third decade on the air and one representing our second decade on the air. Tom, Rachael, Ken, good to see you again. Let's go to work. First round --one daily double round and these categories today...

JEOPARDY! ROUND DAILY DOUBLE
Ken found the Daily Double on the 2nd clue. Tom had no money, Rachael was scoreless, and Ken was at $200. Ken wagered $1,000.

I'M A PAPAL PERSON! $400: The fifth successor to St. Peter was Alexander I; the next one had this name
(Ken: What is Alexander II?)

Alex: Ken Jennings, I noticed your son in our audience. He looks a lot like you. Now, you've written
two books for kids --for bright kids. What are they about?

Ken: Just, when I was a kid, I loved these books of amazing facts about presidents or space or dinosaurs or whatever, so I'm writing a series of them myself.

Alex: Now, does your little guy show a great deal of interest in that? Does he want to follow in dad's footsteps?

Alex: Wait for the college tournament.


Alex: Rachael Schwartz. What is this? You have two cards in your hand.

Rachael: I have two cards. I had a special study tool when I was preparing for this tournament. When my mom, back in the '90s, was trying out for Jeopardy! she very diligently taped shows, wrote down the answers and the questions on index cards. And when I was in the Million-Dollar Masters tournament, she passed them on to me to use. And two of the questions that I got right in the first round
of this tournament were thanks to my mother. They were the John Rolfe/Pocahontas and Eugene Cernan being the last man to stand on the moon. So, I brought the cards.

Alex: That's just one of the reasons why moms are important to us.


Alex: Tom Cubbage is a lawyer. Now, you were in court. and is it true that your opposing attorney said,
"Please don't mention the fact that you are a Jeopardy! champion"?

Tom: I was in a trial in the south just after the '80s round of this tournament. My opposing counsel said, "It's not fair. Don't mention that." But at the end of the trial, the judge, after telling all of the lawyers on both sides they'd done a nice job for their clients, said, "And I've never had a Jeopardy! champion in my courtroom before." [ laughter ]

Alex: Hard to keep it a secret when you've been
a Jeopardy! champion.

TRIPLE STUMPERS IN THE JEOPARDY! ROUND
I'M A PAPAL PERSON! $600: In an archbishop of Canterbury tale, Innocent III excommunicated this 13th c. king in a dispute on who'd be archbishop
(Ken: Who is William?)
(Tom: Who is Henry II?)
...
(Alex: Who is [*], Henry II's son.)

TOOLS OF THE KITCHEN $1000: Not to be confused with Procter & Gamble, this company formed by a 1960 merger is famous for coffeemakers
[Alex said, "Proctor & Silex", but later corrected himself after the commercial break.]

DOUBLE JEOPARDY! ROUND CATEGORIES
ITS ONLY LAND BORDER (4/5, including 1 correct Daily Double)
SCIENCE & TECH BOOKS (5/5, including 1 correct Daily Double)
THE 1990s RAP SONG (4/5)
"V"OCABULARY (5/5)
YEAR DOUBLE ZERO (4/5)
INITIALS TO ROMAN NUMERALS TO NUMBERS (5/5) (Alex: We'll give you a clue that will lead you to a person's name. You take that person's initials. It translates into Roman numerals. Then you translate that into regular numbers. Sounds complicated, but you'll get it very easily.)

SCIENCE & TECH BOOKS $1600: Harold Evans covers 200 years of science history in "They Made America: From" this "Engine to" this "Engine"

ITS ONLY LAND BORDER $1600: This country's is with France

TRIPLE STUMPERS IN THE DOUBLE JEOPARDY! ROUND
ITS ONLY LAND BORDER $1200: This country's is with Malaysia
(Ken: What is Singapore?)

FINAL JEOPARDY! CLUE
His works include "The Economic Consequences of the Peace" in 1919 & "The End of Laissez-Faire" from 1926 MISCELLANEOUS INTERESTING CLUES
FROM THE... $400: Barista
(Tom: What is Spanish?)

TOOLS OF THE KITCHEN $600: It's the utensil for eating citrus seen here

"V"OCABULARY $1600: The amoeba's food is struggling in one of these empty areas within the cell

INITIALS TO ROMAN NUMERALS TO NUMBERS $400: For the TV late-night host who in April 2014 announced he'd be retiring
...
(Alex: That's it. David Letterman.)

INITIALS TO ROMAN NUMERALS TO NUMBERS $800: For the naturalist who discussed his theory of evolution in "The Expression of the Emotions in Man and Animals"
...
(Alex: CD, Charles Darwin, yeah.)

INITIALS TO ROMAN NUMERALS TO NUMBERS $1600: For the pilot who was Time's first Man of the Year
...
(Alex: Yes, for Charles Lindbergh.)

British Thinkers
His works include "The Economic Consequences of the Peace" in 1919 & "The End of Laissez-Faire" from 1926.

Nice game for Ken, nearly matched Brad from yesterday without a big gain in Daily Doubles. He's lucky the pope DD came early and not at the end. That was one I got and he did not.

We still have a chance at a 3/3/3 split for the semifinals.

I wasn't sure Keynes was British, but he seemed more likely to be than Milton Friedman.
Top

For some reason, I can never keep the Roman numerals straight.

No way is it gonna be Keynes, way too easy. Not putting it down.
Ten Pound Hammer

Another game with exactly the results I predicted. Yikes. If they put any two of Roger/Brad/Ken against each other in the semis, I will be very unhappy.

That Roman Numeral category sounded dumb (maybe it was...) and obtuse, they predictably left it for last, and it turned out to be free money, as long as you could spit out your answer faster than Ken.

Forehead slap of the year: Sixtus. DUH, moron. I must be slipping.

It's what I expected from Ken.

So, Leszek and Tom are now safe; Pam is still on the bubble.

I'm actually a bit with TPH on this one -- I thought Keynes was WAY too easy for this one.

Unlike TPH, I actually know how to play Jeopardy!.
Top

Ken was superb, as usual. He was super-fast in converting those Roman-numeral initials to numbers.

Yeah, FJ had me really wondering what I was missing -- Keynes seemed too obvious, especially at this level of competition. But I'll take any get I can get.
Top 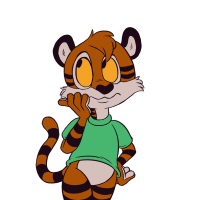 Hey guys. I have returned!

As always, I enjoyed the two rounds. Really fun categories; I was fearful that the "Initials to Roman Numerals to Numbers" category would trip up everyone, but hey, previous J! champions are playing. I got most of the answers in that category, though Ken was pretty fast. I literally had to RUSH because Ken DESTROYED it.

In any case, got Lach trash on Hawaii in the Year Double Zero category in DJ! and Dupont, and swept the From The...category in the J! round. Also swept Science & Tech Books, though I almost messed up on the DD in that category. I initially said "steam engine to combustion engine" but I stopped myself and turned it into search engine. Whew.

Actually did better in the rap category than I expected...not a huge fan of rap so...I surprised myself there.

Finally,
INSTAGET FJ! I loved it. As soon as I read the first book title, I was just yelling out "KEYNES! KEYNES!" in a rather obnoxious voice.

Cannot wait for tomorrow.
Nothing ventured, nothing gained.
Top

Andromus wrote:Yeah, FJ had me really wondering what I was missing -- Keynes seemed too obvious, especially at this level of competition. But I'll take any get I can get.

*nod* As they gave the years, though, I can't come up with anyone else it could have been: Smith, Hume, and Toynbee were all long dead by then.

But after 4 clues, there sure was a ton of red plastered over the TV especially with the motif chosen for this tournament!
Top 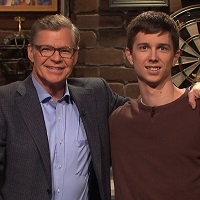 I'll never get tired of watching him play. Ever. He's the reason I'm even here in the first place, and he's a legend. That's all there is to it. You're the best, Ken.

Props to Tom, though! He did all he could have hoped to do. Beating Ken wasn't going to happen, but getting enough for a wildcard was certainly a legitimate goal for him to reach... and he did! And who knows... Rachael just might squeak into the semis, too! We shall see.
Top

I agree Keynes seemed too easy for the answer, but I was familiar with The Economic Consequences Of The Peace, so there was no question for me. I thought easiest FJ of the week so far.
Top

Ken is also the reason I fell in love with Jeopardy again after high school. Watching him play is must-see TV, and Brad is right there as well. I assume Ken watched Brad play and wanted to go above his score. I'm REALLY hoping to see the favorites make it to the final.
Top

Embarrassed to note that as an Irish Catholic, blanked most of the papal questions. Oy vey.

Did well on the movie quotes.

Ken the Killer kept on killin'... will be curious to see what happens in the next round.

FJ was an Instaget. Thought it was too easy, but hey, I'll take it.
Award-winning author of "My Short, Happy Life in 'Jeopardy!'"
http://tinyurl.com/btax4xp
Top

Tygor wrote:Ken is also the reason I fell in love with Jeopardy again after high school. Watching him play is must-see TV, and Brad is right there as well. I assume Ken watched Brad play and wanted to go above his score. I'm REALLY hoping to see the favorites make it to the final.

As has been mentioned before, no they don't watch the other games, they are sequestered until it's their turn to play. Otherwise those who play later in the week have an unfair advantage over those who play earlier in the week when it comes to figuring out what you need to make wildcard.
"Jeopardy! is two parts luck and one part luck" - Me

Well, Brad and Ken again? BTW, I hadn't realized this, but according to Wikipedia Ken's actually OLDER than Brad.
Top

ACW wrote:Well, Brad and Ken again? BTW, I hadn't realized this, but according to Wikipedia Ken's actually OLDER than Brad.

Brad is younger than me, as well, and Ken is only a couple of weeks older. I am pleased that decrepit old folks such as myself can still kick ass on quiz shows.
Top

You'd be hard-pressed to come up with a better triplet of interviews. All of them were quite fun.
Fair, sussable FJ. I don't think I've missed yet this week. Tomorrow will probably be bible.
I also ran the initials/roman category, and in fact I think I would've out-buzzed Ken on the $2000 clue, he seemed slow on that one.
Top
Post Reply
114 posts