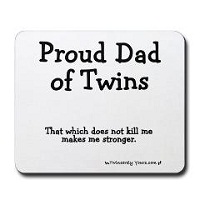 Here's Day 6 to get you through the weekend. Enjoy.
Top

WAS THAT REALLY SO HARD?

2: A more reliable method that biting for testing the authenticity of this metal is to measure its density; the purest specimens will displace 1 ml of water per 19 grams.

4: This substance, found between the enamel and pulp of human teeth, is roughly as hard as copper.

6: A shade of black is named for this mineraloid, also known as lignite.

8: Cassiterite is the primary ore from which this soft element, a key ingredient in bronze and pewter, is extracted.

10: Gypsum and calcite, which is sometimes referred to as “Egyptian” or “Oriental,” are both called this because of their white color.

3: This mark takes its name from German words meaning “sound the other way.”

9: Perugia is the capital of this region of central Italy, birthplace of St. Francis of Assisi, through which the Tiber River flows.

12: Chad Brown of Stockton, California has been on NFL fields in this position for the past 23 years.

15: This Sanskrit word for “light,” also an alternate name of the goddess Parvati, is a homophone for an Arabic word referring to the entirety of the Muslim community.
Top

Not many people can say they've lost four times on Jeopardy!.
Top


—OSC
We shall not cease from exploration,
And the end of all our exploring
Will be to arrive where we started
And know the place for the first time.
Top 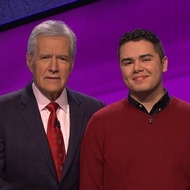