OPENING REMARKS
Alex: Thank you, Johnny Gilbert. Ladies and gentlemen, welcome, as we start off another week with a champion who is on a tear. John picking up close to $60,000 in just two appearances. Ricardo and Lauren, you know what? It could happen to you, too. Good luck to all three. Here we go. Jeopardy! Round the first round of play. And these categories now in play...

Alex: Lauren Gambier is a skilled hiker who's trying to get into a special group that I have never heard of.

Lauren: Uh, yeah, it's called the Forty-Sixers. It's, um, it's specific to the Adirondacks, which is where I grew up. There are 46 what they call "high peaks", um, which are all of the mountains that are over 4,000 feet. So my brother and I have been trying to climb them all together.

Alex: Wow. How many have you done so far?

Lauren: Got a long time, though.

Alex: You've got plenty of time.


Alex: Ricardo Pineres from Herndon, Virginia. You and your wife met because of an interest in an art piece by a famous French painter. Tell us about it.

Ricardo: That's correct, Alex. My wife and I both like the works of Jacques-Louis David.

Alex: Who painted a lot of portraits of Napoleon.

Ricardo: Yes, and I was tired of hanging out with the same people in law school, so I made a post online that had a picture of the painting. And it happened that my wife, Danielle, had written a--a paper about that piece.

Alex: What was it?

Ricardo: The Oath of the Horatii.

Ricardo: And so she responded to the post, and that was it.


Alex: John Schultz, how did you meet your wife? Not through a painting.

John: Uh, not through a painting, no. Uh, well, I walked into my girlfriend, at the time's, uh, dorm room and there she was. They were--they were roommates their freshman year of college.

Alex: Are they still friends?

2015 ANNIVERSARIES $600: The 75-year life of this Disney film includes an excerpt given to schools subtitled "A Lesson in Honesty"
(Alex: Gotta keep that nose from growing.)

TRIPLE STUMPERS IN THE JEOPARDY! ROUND
DUCKS $800: The name of this duck doesn't refer to its varied interests but rather its shallow-water feeding habits

SYMBOLS $2000: This beryl gem symbolized fertility & the Aztecs associated it with Quetzalcoatl, a god of agriculture

TRIPLE STUMPERS IN THE DOUBLE JEOPARDY! ROUND
SYMBOLS $1200: An emblem of the samurai was this fruit with red flesh & a hard kernel

ATTA TURK! $1200: Ottoman architect Sinan is buried near his 1550s masterpiece, the mosque of this ruler

THE WHO $1200: In February 1968 The Who played at this city's Fillmore West, becoming at the time the highest-paid act ever at that venue

KIDS & THE BIBLE $2000: This prophet with 66 chapters in his book gave his own son a mouthful of a name, Mahershalalhashbaz
(Lauren: Who is Elijah?

VENUSIAN MONOLOGUES/MARTIAN CHRONICLES
Crush for first place.
John: Wager $7,601 to cover Lauren, but no more than $10,799 so as not to fall behind Ricardo's doubled score.
Lauren: You have the hope of surpassing John if you come up with the correct response. Bet at least $8,401 to force John to wager to win; but if you're intent on holding on to second place, wager no more than $2,399 to protect your second place position from being usurped by Ricardo.
Ricardo: Unfortunately, your score is less than the difference between the scores of the first and second place players, so unless they both blunder, you're competing for second place and have no hopes of first. Wager as much as you desire, but remember, you'll have better chances of advancing to second place if you have a larger sum left over on a Triple Stumper.

FINAL JEOPARDY! CLUE
Dr. Hugh Cairns, who tried but couldn't save the life of this man in May 1935, became a pioneer in the use of motorcycle helmets MISCELLANEOUS INTERESTING CLUES
DUCKS $400: The ducks here are engaged in this cleaning process

THEY SAID IT ON TV $400: He said "If I had a gun with 2 bullets and I was in a room with Hitler, Bin Laden and Toby, I would shoot Toby twice"
(Lauren: Who is Sam Seaborn?)
(Ricardo: Who is Josiah Bartlet?)

SYMBOLS $800: A heraldic emblem of this U.K. country is a red dragon, also a symbol for King Arthur

THE WHO $400: In September 1964 he destroyed his first guitar onstage at the Railway Hotel in Harrow
(Ricardo: Who is Roger Daltrey?)

folks, i've posted a note about paucle in the thread devoted to him.
Top

20th Century Brits
Dr. Hugh Cairns, who tried by couldn't save the life of this man in May 1935, became a pioneer in the use of motorcycle helmets.

Tough Final, No way was I getting it while the music was going, or afterwards, but Alex's mentioning Lawrence died in a motorcycle accident triggered a long-distant memory of that fact. "Of course!"

Still, though, I predict a low get rate.
"Jeopardy! is two parts luck and one part luck" - Me

I guessed Evel Knievel, despite him not being British.

Or born yet.
Top

I thought Lauren was very pretty, does that make me sexist or polite?

FJ is basic pavlov for died in a motorcycle crash.
Top

dhkendall wrote:Tough Final, No way was I getting it while the music was going, or afterwards, but Alex's mentioning Lawrence died in a motorcycle accident triggered a long-distant memory of that fact. "Of course!"

Whereas all I could say was "oh, he died in a motorcycle accident, did he? OK then. Noted for future reference." If I've heard it before (which I probably have), I've long since forgotten it.

Nice win by the champ, especially after pulling that (true) DD out of the deepest recesses of his (insert body part here), and even after Lauren matched him (and I gotta say, great wager, nice to see a contestant go for it when down a ton rather than just shrug and bet 2000, but drawing the Oregon trail on a map and asking them to name it, as a DD?? COME ON!!!).

To be honest though, after that Omar TS, they were all dead to me

Congratulations to John on his third win. Lauren played very well, too, up until FJ. I got 32 responses correct including three triple stumpers: dabbling duck, muscovy duck, and Isaiah. I had no guess for FJ.
Top

dhkendall wrote:Tough Final, No way was I getting it while the music was going, or afterwards, but Alex's mentioning Lawrence died in a motorcycle accident triggered a long-distant memory of that fact. "Of course!"

Still, though, I predict a low get rate.

Well, there was a pretty well regarded David Lean movie where the motorcycle accident framed everything that came after. That said, the movie is now more than 50 years old.
Top

I guess I saw Lawrence of Arabia at an impressionable age, as his death stuck with me and this FJ was an instaget.
Top

Instaget. Saw movie as a kid. I remember it being striking that the movie opened with the death of the main character. I was probably all like, "The end."
J! Archive
[Fleming ToCs]
Top

Lauren would have won on a TS if she wagered zero and JOhn wagered the usual wager of $7601. Him wagering $8000 as he did keeps Lauren from winning on a zero bet on a TS.
Top

legendneverdies wrote:Lauren would have won on a TS if she wagered zero and JOhn wagered the usual wager of $7601. Him wagering $8000 as he did keeps Lauren from winning on a zero bet on a TS.

Saw the movie as a kid too, so FJ was an instaget... also I feel like it was a Daily Double or something last year?

The Who is my favorite band, so I easily swept that category.

But more importantly... did anyone else have a SUPER WEIRD SCIENTOLOGY COMMERCIAL during one of the breaks?! My jaw dropped.
I made a music video with NASA's new telescope!
Top

Sad thing is, I was just looking at my iPod and one of the podcasts I subscribe to has an entire episode on Lawrence of Arabia. That's what I get for not being caught up.
Top 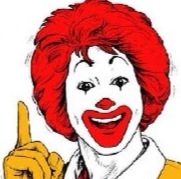 I said Harley Davidson mostly as a joke, but I sure wasn't coming up with anything else. Suffice it to say that I've heard of Lawrence of Arabia, but I didn't know he was British (being of Arabia and all that). I also didn't know the motorcycle was around in the 30s.

Learn something new every day, I guess.
Top

Instaget FJ- never seen Lawrence of Arabia, but I knew about his death.
Top

I was waiting for Ricardo to ring in and answer John Entwistle for the Who's drummer.
Top

Instaget, but it was clearly one of those "you had to know it" to get it.

Ran The Who in a heartbeat. If you've never seen the original band, watch some film of Keith. I remember seeing him once and he pounded the drum with the stick, let it rebound about 10 feet up in the air, caught it, and hit the next beat with it right on time. And seriously? People don't know where the Fillmore West was? Ugh.

And yes, OS, we've been getting the Scientology commercials here in DC.
Top
Post Reply
107 posts