OPENING REMARKS
Alex: Thank you, Johnny. Thank you, ladies and gentlemen. If you were watching yesterday, something unusual occurred on our program. Annie, who had the game won at the end of Double Jeopardy!, couldn't be caught, made a substantial wager in Final Jeopardy! and could have lost the game. Let's see what develops today as she faces Katrina and Bill. Here we go into the Jeopardy! Round. And we begin today with these categories...

JEOPARDY! ROUND DAILY DOUBLE
Annie found the Daily Double on the 1st clue. Annie had no money, Katrina was scoreless, and Bill had nothing in the bank. Annie wagered $1,000.

AMERICAN LITERATURE $600: This book begins, "Early in the spring of 1750, in the village of Juffure... a man-child was born to Omoro and Binta Kinte"

Alex: Welcome back. Bill Patschak is a trivia writer from Maryland. And he did something adventurous, something that I don't think I would ever do. And that is, you jumped off a cliff. First of all, where did this take place?

Bill: Yeah, so, me and my friend Chad went to a quarry in West Virginia. Uh, it's illegal to go there. It's trespassing, but we did it anyway 'cause--

Bill: --we were in the mood for an adventure.

Alex: Okay, lucky for you.

Alex: A musician who classifies herself as a clarinet evangelist?

Katrina: Yep. I've been playing clarinet since 1979, um, and majored in it in school. Went to a conservatory.

Alex: But why evangelist?

Katrina: Because I love the clarinet so much that I just want to share great performances of it by others. Um, I want to share with my students how to make different sounds so that they can love it as much as I do. It's just sharing the clarinet love.

Alex: Good for you. That's a great story.


Alex: Annie Moriondo is from Massachusetts. She is a bookseller, who, in her spare time, is a singer/songwriter. So we're back to music here.

Alex: Now singer/songwriter--what kind of music are we talking about?

Annie: Sort of an acoustic folk type of music.

Annie: Yes, I play guitar and a little bit of piano.

Alex: Of all of the great folk singers, performers from the past, who would you list as your favorite?

TRIPLE STUMPERS IN THE JEOPARDY! ROUND
LIKE A BOSS $200: Cornell's Tech Campus on New York's Roosevelt Island got a $100 million donation from this ex-mayor, now back in business

LIKE A BOSS $800: NPR fans know Harvard Business Review listed the CEO of Novo this as 2015's best-performing CEO in the world

WORD PUZZLES $600: With this phrase, there's not a lot of progress being made
(Annie: What is step by step?)
(Bill: What's a step out of line?)

FINAL JEOPARDY! CLUE
Shelley subtitled a poem named for this famous geographic feature “lines written in the vale of Chamouni”

I'm guessing Golf loved Bill's wagering on DDs. Amazing he was still in the game in FJ after losing $10,000 on DD bets. I got them both, but they were a little tricky when you had to pick a country that hasn't existed for many years.

No chance for me on FJ, guessed the boot of Italy.
Top

I knew the Vale of Chamouni referred to the French Alps, but I said Matterhorn instead of Mont Blanc.

The $8000 DD bet was hubris. (Twice in two days I've used that word after not using it in many months.) The $2000 DD and the all-in FJ were bets of desperation necessitated by the earlier hubris.
I'd rather cuddle then have sex. If you're into grammar, you'll understand.
Top

floridagator wrote: The $8000 DD bet was hubris. (Twice in two days I've used that word after not using it in many months.) The $2000 DD and the all-in FJ were bets of desperation necessitated by the earlier hubris.

You would have preferred a more "humble" bet, say $2,000? Then right or wrong he probably has a small lead going into final, bets big to cover second, and loses on the triple stumper. He was playing the odds that the DD would be easier than FJ (which I think it was) and it just didn't work out. Doesn't mean it was hubris.
Top

I was really hoping Bill would have a sole get in FJ. This was a rough night for the poor guy. Congrats to the new champ who played well and won with her bad bet because the champ made a worse one. Anyone have any theories on those wagers?

I didn't get Sri Lanka, so I would have lost there. I did get Russia and Prussia after some mental floundering. I doubt that I'd have gotten them under the lights.
Top 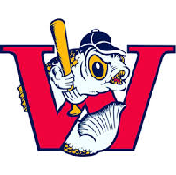 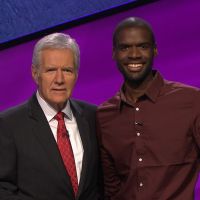 Shelley's spelling of Chamonix really did throw me off the scent.

This game was pretty much a disaster.
Top

corvo wrote:Shelley's spelling of Chamonix really did throw me off the scent.

I lucked out, because I was in the kitchen when Alex read the clue, so I only heard his pronunciation. Mont Blanc quickly came to mind and by the time I saw the spelling, I had no reason -- or time -- to change it.
Top

TS on one step forward two steps back? What, no Paula Abdul fans here?

Bill made it an $8k TDD early in DJ, now that's somebody who understands giving himself the best chance to win the game. Then doing the same shortly after. After all, the correct decision on both are independent events.

An interesting back and forth battle late in the game.

Great, after all this excitement lately we've got a champ who subscribes to "just bet 4k" regardless of situation. In Bill's situation, if 2nd place seemed to grasp wagering theory, then everything is the valid bet. But after yesterday's show, I think Bill needs to bet 0.

Congrats to Katrina on her win. I had 40 correct responses including these triple stumpers: Bloomberg, "one step forward, two steps back", and Novo Nordisk. I also got the missed Daily Doubles of Sri Lanka and Russia/Prussia, and I got FJ.
Last edited by Abraxas on Thu Mar 10, 2016 5:49 am, edited 1 time in total.
Top

Sorry, Bill. I've been there. Sometimes you have days where nothing goes right, and sometimes those days are under the spotlight when lots of people are watching and you don't get another chance.

Also, that first DD was not "hubris". The correct term is "going for the throat". The only other bet there that makes sense is $5, if you absolutely hate the category. Apparently Bill didn't. It just didn't work out.
Top

Managed to figure out FJ. Too bad it took 35 seconds.

Didn't even wager to cover Annie. What's left to say about the wagering lately?


Golf wrote:TS on one step forward two steps back? What, no Paula Abdul fans here?

And now I have that song stuck in my head. Grr.
Top

In the "one step forward, two steps back" clue, the graphic they used had two steps forward and one step back. I was half expecting "step out of line" to get overturned since it fit the graphic better than the actual answer did. Wasn't sure since it didn't really fit the clue, but still seemed possible.
Top

Vowela wrote:In the "one step forward, two steps back" clue, the graphic they used had two steps forward and one step back. I was half expecting "step out of line" to get overturned since it fit the graphic better than the actual answer did. Wasn't sure since it didn't really fit the clue, but still seemed possible.

BTW, do you think they would have accepted meerkat for mongoose? As far as I can tell, meerkat is one species of mongoose and the given picture looked more like a meerkat than the other species shown on Wikipedia.
Top

So so so disappointing. Yet another case of someone who easily had TOC potential going down in their first game. Yeah, Sri Lanka was an instaget for me. Sinhalese should be Pavlovian for Sri Lanka.

I was way off on FJ though. For some reason, I dismissed the Chamouni part and was looking at 'vale' instead.
Top
Post Reply
129 posts