3/12 FINAL JEOPARDY! CLUE
In 1982, when Bess Truman died, she had been enrolled in this government program for about 17 years, longer than anyone else

3/13 FINAL JEOPARDY! CLUE
The New York Times called this 1,000-page novel by a woman "one of the most influential business books ever written"

3/14 FINAL JEOPARDY! CLUE
Each state has as many electors as its total of senators & representatives; D.C. has this many, the minimum for any state

3/15 FINAL JEOPARDY! CLUE
Of the 10 countries the Danube touches, this one is alphabetically last & is the only one that doesn’t end in “Y” or “A”

3/16 FINAL JEOPARDY! CLUE
Hesiod said it fawns on all who enter “with actions of…tail & both ears”, but when people try to exit it “eats them up”

THE LAKE SHOW $1600: Every little breeze seems to whisper this Alberta lake, so named to honor the daughter of Queen Victoria

STRAIT AWAY $2000: It's the strait dividing Sicily from Italy's toe, or a city on the strait 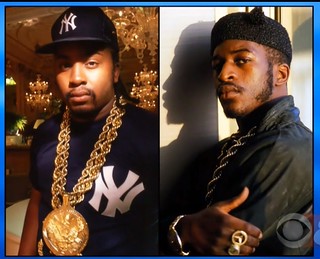 Crap, if you don't get one in the next two weeks I lose a $20 bet.
Was once hugged by Maggie Speak!
Top

Seemed like a tough week overall for FJs.
Top

Ruled out Social Security but didn't have a backup on Monday, blank on where the eastern end of the Danube went on Thursday, Minotaur on Friday.
Top

No preemptions here; the show airs when CBS hands things over to local stations for news, etc. in the afternoon here.
Oh, what has science wrought? I sought only to turn a man into a metal-encased juggernaut of destruction powered by the unknown properties of a mysterious living crystal. How could this have all gone wrong?
Top

Invented a new country (Urmenia) on Thursday just to write something down; had Chimera on Friday. Should have gotten the lake clue right; it'll stick now, I think.
Top

Usually I would not do that kind of pop culture question for an extra. In this case it was requested, the contestant got it, my not knowing it cost me a run in a favorable category and Kirk said Rakim was one of the greatest rappers of all time. That made me curious myself to see how it would poll. In the teens seems right to me.
Top

In good company with Switzerland on Thurs...no clue on the MC.
Top

Why is a rap question worth an eye roll? The album is considered a classic.
4-time pool swimmer - last audition June 2019
Follow me on Twitter @JakeMHS
Top

Watched the taping of the whole week. My vow of chastity silence is over!!!

Mon: Picked Secret Service protection, and felt good about it because I remember the kerfuffle of making it lifetime.
Tue: Pavlov'd to the infamous book of the Tea Party.
Wed: 3 electors no problem. Just waiting on Trump's Voter Fraud commission to see if one voted illegally.
Thur: Pretty sure I guessed Switzerland
Fri: No clue at the time or the replay. The descriptions here ring a bell. Too bad some 2000 year old dude's prose was repurposed into negbait for some smart boardies.

It's probably fine that boardies don't want to bother with Rap 101. It is sad that a contestant answered MLK in a clue involving Islam. Excusable mistake under time pressure to just pick the Pavlov for an assassinated black man. Not excusable that the other two didn't rebound to Malcolm X, or even Louis Farrakhan (sp?).
Disclaimer - repeated exposure to author's musings may cause befuddlement.
Top

There were 6 FJs??? Anyway, I had all the FJs this week. I’m not too strong in mythology but I think that first Harry Potter movie had a dog guarding some nonsense macguffin thing & it was referred to as Cerberus. Or maybe it was compared to that in a review. I’ve heard of the Minotaur but I’m not sure what it is.
Top

Only the Minotaur kept me from being Paid In Full
Sprinkles are for winners.
Top

No guess Tuesday, Rand didn’t occur to me as I am pretty unfamiliar with her novels. Switzerland as a desperate guess, and a confident Minotaur Friday.
Top
Post Reply
29 posts