FINAL JEOPARDY! CLUE
In a 1644 letter he wrote, “We live submerged at the bottom of an ocean of air”, which is what his invention measures

As I hoped for a station went rogue to break away from the testimony to air J! before going back to the hearing.

Francois had to have the right country in S.A. for being completely below the Tropic of Capricorn with $8000 on the line at DD3. The clutch solve vaulted him to the lead he was able to pad for the FJ! round.

Great job by Lindsey and Gilbert to make Francois work harder than he had to in QF5. Lindsey was in position to take the game on a FJ! clue that did not line up to favor Francois as much as today's did. Instead Francois earned the finals spot with the sole solve.

The FJ! clue was a miss for me as I tried Galvani for liking him more than Volta to have a name on the paper. Getting as far as the barometer guy was not going to be enough. Only with Chris Harrison giving me choices could I have come up with the right guy.

This is the most recent appearance of the right guy in a clue, so not too long ago: For the FJ! round the guy only has this appearance: And for asking for the guy himself, I only found one:
Last edited by MarkBarrett on Wed Nov 13, 2019 2:06 pm, edited 1 time in total.
Top

I'm interested to see how Francois does today, he might be the dark horse in this thing while everyone focuses on James vs Emma. Francois has the most money earned so far through the first round with $34,300. If he scores another lopsided victory today it will be quite an interesting Thursday & Friday to find the champion.
Top

Getting my scoresheet ready for later, I did the J!6 clues to get the categories ahead of time. The first category of the J! round?
EXECUTIVE PRIVILEGE
Top

MarkBarrett wrote: ↑
Wed Nov 13, 2019 10:40 am
Getting my scoresheet ready for later, I did the J!6 clues to get the categories ahead of time. The first category of the J! round?
EXECUTIVE PRIVILEGE

LOL! I was waiting for UKRAINE to show up. Maybe FJ?
Top

1 more guess for Bernoulli. Thank for getting FJ and the results up quick.

Getting this right is a big plus for Francois. Shows he has deep knowledge.
Top 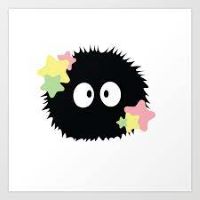 This final is going to be iconic wow.
Call me Zoe. Or Zebra.

Numbers looking ahead the finals based on the QF & Semifinal games: My plan is to get some lunch and then work on archiving the game. If they phone stays quiet than I should have the game archived by 1:00ish my time.
Top

Getting this right is a big plus for Francois. Shows he has deep knowledge.

I would venture that this is probably a dream Final Jeopardy in a ToC context for a high school physics teacher.
Andy Saunders
Moderator, #JeopardyLivePanel
Host, Complete The List
J! Archive Founding Archivist
Site Admin - The Jeopardy! Fan
Top

Getting this right is a big plus for Francois. Shows he has deep knowledge.

I would venture that this is probably a dream Final Jeopardy in a ToC context for a high school physics teacher.

As a matter of fact, I recalled that exact quote about the ocean of air in my college physics textbook.
Top

Bravo to Francois for a great performance topped with a cherry.
J! Archive
[Fleming ToCs]
Top

OFFICIAL STATE STUFF $200: California has no official state fruit, but does have four state nuts--the almond, the pecan, the walnut, and this

Too bad it was a clue with a picture as otherwise it was open to a bunch of humorous misses if someone like KJ had the luxury of the scoreboard allowing a little mischievousness.

Heck yeah baby! James vs. Emma vs. Francois all the way!

And of course I'm rooting for James! Let's see if he can avenge himself

And of course I'm rooting for James! Let's see if he can avenge himself

I'm pulling for Emma to become the Eli Manning of Jeopardy...
Top

Well, I got my desired trio for the Finals, but I wouldn't have minded seeing any of the three win this spectacular game. Lindsey is scrappy, but Francois is clutch!

As far as FJ!: I'm not sure if this is common knowledge or not, but "torr" is a unit of pressure (with 760 torr equaling one atmosphere). Knowing that would seem to be the most direct path to the correct response, and I was confident that the physics teacher would take that path.
Top

That was a weird ruling on industrialization.

0/5 in Bestsellers. Didn't know Demi Lovato had a book, and that clue seemed insanely YEKIOYD for the top box.

Anyone else think that "keep calm and carry on" was MONSTROUSLY HUGE negbait on the Famous Americans DD? That was my only miss in the category.

Good bottom-row gets for me: Bechdel, Uruguay, Social darwinism

No guess on FJ! No recognition on the correct response.
Ten Pound Hammer

It's been a while since I was as sure a reversal was coming in real time as when Alex initially negged 'industrial revoluion'. "Sorry, we were looking for a single term"...um, what!? Didn't think the reversal would come that fast, though.

FJ: bleargh. Got as far as 'the guy who invented the barometer' and was even able to dig the torr out of the deep recesses, but couldn't pull the name in time. First miss of the TOC, after surviving the Belt coin flip yesterday.

The finals are going to be a heavyweight slugfest...
Top
Post Reply
72 posts