1/14 FINAL JEOPARDY! CATEGORY
IT'S ALL GREECE TO ME

1/14 FINAL JEOPARDY! CLUE
This area of Greece, home to Pan, is synonymous with a rural paradise; it's a setting for Virgil's shepherd poems the "Eclogues"

1/14 FINAL JEOPARDY! CLUE
He has 272 speeches, the most of any non-title character in a Shakespeare tragedy

The extra clues have all the triple stumpers and missed Daily Doubles.

STUMP TOWN $600: The fabulous skiing of Snowmass is about 10 miles west of this city

THE WORLD ACCORDING TO KAREEM $2000: I became a stronger, faster & more intense basketball player through my training with the great Bruce Lee, who pioneered mixed martial arts with the hybrid fighting style he called this, abbreviated JKD

BRITISH STUFF $2000 box DD: One of Britain's greatest minds was this 19th century physicist & author of "A Treatise on Electricity and Magnetism"

ONCE UPON A TIME IN HOLLYWOOD $400: This alliterative name for a hangout of western movie extras made the news in 1940 when one cowboy gunned down another for real

ONCE UPON A TIME IN HOLLYWOOD $2000:  In 1961 the Hollywood Palladium on Sunset Blvd. became the longtime home of this N.D.-born man & his orchestra

PHRASES & EXPRESSIONS $1600: In a 1901 novel a girl is seized by a Frenchman & "perhaps carried off to" this dreadful destiny

Right there with you.

I just barely avoided the boxes of shame by having stayed at Snowmass when I visited Aspen (a LOT cheaper to stay there instead of in Aspen).
Top

Marc Antony was my rather dumb guess on the Shakespeare clue. Brutus would have been a much better try from the same play. I blurted out my answer quickly, though, thinking I remembered it from somewhere, but either it was a different trivia question or maybe I was also wrong that other time.

Playing from here, Love and Maxwell were the only two I'd have been confident enough to ring in. Perhaps I'd have got Welk and/or Aspen if forced to guess, but also maybe not.

On the other hand, maybe "Jea! kwon do" would have sounded close enough.
I'm smart and I want respect.
Top

Missed everything else. I did ok Coryat-wise during this tournament: most games ~24k level and one game over 30k... but they upped the difficulty on the final questions. The performance to the GOATS on these questions was as impressive as they were during the other 60 questions each game.
Top

Maxwell only. Iago crossed my mind, but over-TOMed it with Polonius. Curtains! (Literally, for Polonius.)
Top

Should have had Jesus is King since the album was discussed some in my online theology circles.
Never been on J!, but once won a knockoff version that aired on local access TV.
Top

Got Maxwell and Gower Gulch, nothing else.
Top 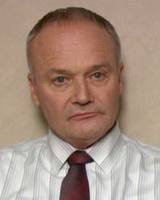 I only knew Lawrence Welk because my grandmother rode the school bus with his accordionist.
Top

Would have gotten Welk if it was a DD
The best thing that Neil Armstrong ever did, was to let us all imagine we were him.
Latest movies (1-10): Chitty Chitty Bang Bang (7), The Circle (4), Elevator to the Gallows (8)
Top

Guessed Claudius for the Shakespeare one. When I was going through the tragedies in my head I don't think Othello even came to mind, but I'm not sure I would've said Iago even if I'd thought of him.

Out of the Lach trash I only got the Kanye album, Jeet Kune Do, and Maxwell. Never heard of Snowmass, zabaglione, or Gower Gulch.
Top

alietr wrote: ↑
Sat Jan 18, 2020 5:34 pm
I just barely avoided the boxes of shame by having stayed at Snowmass when I visited Aspen (a LOT cheaper to stay there instead of in Aspen).

They just aren't going to stump me on any questions related to skiing!

That said, I got that one and Lawrence Welk and that's it.
Top

I guessed "Halcyon" for the first FJ and Mark Antony for the second. I was also 4/8 overall on FJ.
Top

Guessed Dalton for the scientist.
Top

Got both the FJs (Arcadia seemed fairly obvious, Iago an educated guess, but I might have gone with Brutus if I'd thought of him first), but I'm surprised to realize I didn't get any of the others. The only one that I feel I should have gotten was Lawrence Welk, but I said Guy Lombardo instead...
Top

Guessed Dalton for the scientist.

I had three probables for the scientist - Faraday, Clerk Maxwell, Heaviside. Rejected Heaviside as too obscure even for this Jeopardy. Picked Maxwell because it sounded more like his speed than the relatively untutored experimentalist Faraday. Whew.
Top

I got a one and a two (pun based answer for Welk and Maxwell).
This board is out of sad faces so I won't do the graphic.
Disclaimer - repeated exposure to author's musings may cause befuddlement.
Top
Post Reply
32 posts