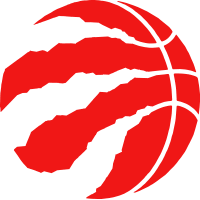 Only $6400. Could've had another $2600, but clammed on Bourke-White since I also thought of Dorothea Lange and didn't want to risk a possible coin flip; also clammed on French Revolution for not remembering if Wordsworth was alive that far back.

If I had a deep runaway and a Bible FJ comes up, I'm risking next to nothing and writing a joke answer. Missed this one by saying Job.

Got ore and Oder from years of doing crosswords. Those things help a surprising amount sometimes.
"There is much pleasure to be gained from useless knowledge."
-Bertrand Russell
Top

ERRATUM for Mark: DJ13 has "museu" rather than "museum".
(EDIT: ERRATUM ERRATO - that's because "museu" is what the clue had, dummy.)

Tough one to win from the fourth podium, but it does show plenty of weakness Garrett's game. For a lot of us, all we'd have to do is win five or so buzzer races to put us within striking distance. (Or if you got the LifeLock clue, then you also get a crack at the next clue--that sweet BB&B DD3 which came after every TS except the $1600 French Revolution. Big chance to double up there.) Add to that a dead easy FJ that our champ (and Sheldon and possibly Holly) didn't know and there's a quite plausible path to victory here. Garrett's going to need to up his game or catch some more hefty breaks if he wants to keep going.

A lot of these misses surprised me since they seem like Jeopardy! 101--or 102 at most. John Calvin + city = Geneva. Add "Swiss" to make it easier. Biblical unit of length. 1876 opponent of Samuel Tilden. (As a bonus, the over 11-years-dead Lincoln is guessed, giving extra time to think.) 1964 presidential candidate with WAT in his name. Latin for Holy of Holies. And Biblical man who might need to explain to his son why they don't, just at the moment, have a lamb for the offering. If you don't know that one (or cubit), this FJ category calls for a conservative bet, which they all made. But it's hard to tell whether that was just a recognition of the double lockout (if that's the right term). It would be interesting to see what they would have done in a close game.

My only gets that strayed outside basic knowledge were the Neil Gaiman book and Wordsworth writing about the French Revolution. For the latter, it just seemed obvious, especially when "the continent" ruled out the American version. For the book, like Garrett I went to Cryptonomicon first. I get Neil Gaiman and Neal Stephenson confused sometimes. But I shook that off even before Garrett rang in and went to Necronomicon, the fictional H. P. Lovecraft book that does have a Neil GAIMAN connection. But "dreaming" + "comic book series" had me shaking that off as well and landing on the correct response. Probably fast enough to ring in. Definitely fast enough to rebound off Garrett.
Last edited by opusthepenguin on Wed Oct 07, 2020 9:52 pm, edited 1 time in total.
Top

$6800 (Geneva, cubit, Barry Goldwater, sanctum sanctorum, Barcelona, The Sandman, French Revolution, negging Grant for Hayes (if I lose the buzzer race, I probably correct myself in time, but I'm counting it wrong)). Enough for second place with a Final get, not in contention to win.
Oh, what has science wrought? I sought only to turn a man into a metal-encased juggernaut of destruction powered by the unknown properties of a mysterious living crystal. How could this have all gone wrong?
Top

Not a fourth podium win though very likely a win from position 1-3 as even if forced to bet big on DD2 there would be no reason to get locked after the miss.
Top

LifeLock and The Sandman were the only ones I missed. Negging with Coraline on the latter leaves me with $11,000 and costs me the fourth-podium win. My only hypothetical hope is that Garrett, leading me $16,300 to $9,400 on the last DD, bets $2,500 or less (out of resting on his laurels or an abundance of caution). But he bet $4,000 on a DJ DD in yesterday's game while $2,200 below double second place's score, so my presence as a scrap-eater probably wouldn't have changed his performance.
Top

Surprised that LifeLock polled very low. All of the computers at my house have Norton LifeLock.

Wordsworth quote in one of my AlpacaFarm quizzes: http://alpacafarmtrivia.herokuapp.com/quizzes/3696
Top

I should pay closer attention, whiffed on both LifeLock and Bed Bath & Beyond due to not catching that the category was Alliterative Business.
Top

my second ever fourth podium victory

$13,600 + FJ. As a seminarian I'd have gone full Clavin on FJ.
"Elen sila lumenn omentielvo...A star shines on the hour of our meeting."
Top