10/14/04 FINAL JEOPARDY! CLUE
After his public comments were criticized by FDR, he resigned his Air Corps Reserve commission in April 1941

4/4/06 FINAL JEOPARDY! CLUE
He famously remarked, "We are all the President's men", giving Woodward & Bernstein their title

9/27/07 FINAL JEOPARDY! CLUE
After giving birth in Paris, American Marjorie Karmel wrote "Thank You" him & co-founded an organization now named for him

11/6/07 FINAL JEOPARDY! CLUE
He is quoted as saying, "Another such victory over the Romans, and we are undone"

1/15/09 FINAL JEOPARDY! CLUE
His headstone, using a line from one of his scripts, says, "I'm a writer but then nobody's perfect"

The extra clues have one each correct by Ken, Michael & Celeste.

WORLD LIT $1600: This Utopian land of Samuel Butler's was located in New Zealand

SCIENTISTS $1600: In 1628 this Brit published his study "On the Motion of the Heart and of the Blood in Animals"

Definitely seen all five games before this week.
Top

Alas, it took reaching into the past to get me my first 5/5 in a while...
I probably saw them all, but I don't think I had an HDTV in 2007 so it was great to see those shots of Machu Picchu...

Have only ever heard of William Harvey through my flashcards, but I'll take it any way I can get it.
Top

Had Shangri-La, Congo, didn't have a guess.
Top

No guesses on the misses.
Ten Pound Hammer

Have seen all the episodes before, but Billy Wilder didn't stick.
Top

Louis Pasteur to not leave it blank.

I generally play off the Clue of the Day, so I didn't have the accent to help Tuesday. Still an instaget.
Dre(a)d Scot(t) clicked eventually. San(d)ford never would have.
All five games were new to me this week.
Oh, what has science wrought? I sought only to turn a man into a metal-encased juggernaut of destruction powered by the unknown properties of a mysterious living crystal. How could this have all gone wrong?
Top


"German Americans" need not imply German-born, and neither Ehrlichman nor Haldeman spoke with a foreign accent. Kissinger did (and probably still does). It definitely helped me at the time.

I may not have got Harvey the first time, and I may have said Congo or clammed on the river question.
I'm smart and I want respect.
Top

First three definitely new to me. Pyrrhus feels like it was familiar. And I started taking records in 2010, so it's not out of possibility I saw 2009 in a more casual way as well. Just no evidence.
The best thing that Neil Armstrong ever did, was to let us all imagine we were him.
Latest movies (1-10): Green Room (8), Showgirls (6), Free State of Jones (6), Captain Fantastic (9)
Top

5 for 5 week. I don't recall seeing any of these before, but I may have. It's highly unlikely I saw all five, so I checked the box saying at least one was new.

Lindbergh was an easy guess based on the time period and a clue asking for a famous airman. Once his name came to mind, I remembered that he had the reputation of being an anti-semite and a Hitler supporter, which suggested I was on the right track. For Kissinger, the German accent steered me in the right direction. It wasn't just any German accent, it was a Kissinger accent. Without it, I think I'd have coin-flipped between Ehrlichman and Haldeman based on the category. Lamaze seemed like a good childbirth-related guess. Lacking anything better, I went with it. I knew the Pyrrhic victory was named after comments by a famous general. I wasn't sure his name was Pyrrhus, but that seemed the most likely Latin name to map to Pyrrhic. (Turns out he was Greek and Pyrrhus is a Latinization of Pyrrhos. I'll take it anyway.) I think of Billy Wilder as a director more than a writer, but the Some Like It Hot reference forced me to make the correct guess.

Samuel Butler + Utopia = Nowhere spelled backwards (or close) = Erewhon. That's a trivia staple that I've known since A.P. English in 1982. Didn't know the West African river and probably would have guessed Congo on a DD. Forgot about the Niger. No guess on the 1628 Brit. Name was not familiar on reveal.

Got Sandford from Sanford and Son but no lock on Dred. Also didn't get Roe v. Wade because I didn't understand the category.
Top

On Tuesday, I spent the entire thirty seconds with this image at the forefront of my mind... 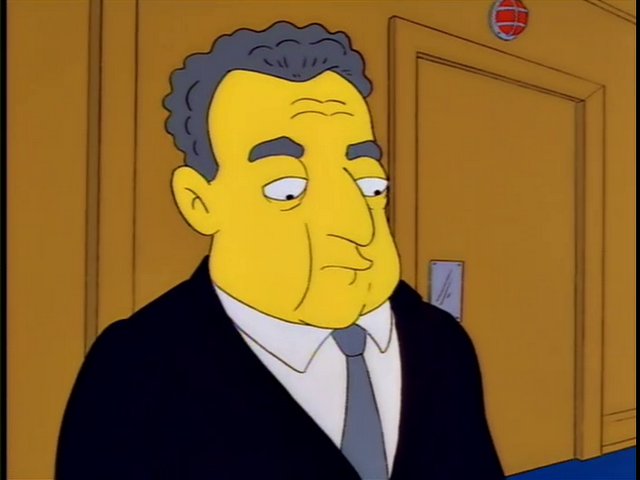 ...while suffering a complete brain lock on the name.

But during those thirty seconds, I was able to quote verbatim, "No one must know I dropped them in the toilet. Not I, the man who drafted the Paris Peace Accords." Priorities, I suppose.
Top

One thing to mention that I always find astounding, no matter how many times I'm reminded: Henry Kissinger is still alive. Yes. Look it up if you don't believe me.
Top

opusthepenguin wrote: ↑
Sun Dec 27, 2020 3:32 am
One thing to mention that I always find astounding, no matter how many times I'm reminded: Henry Kissinger is still alive. Yes. Look it up if you don't believe me.

And still working to rid himself of that accent, no doubt...

I had both Dred Scott and Sanford.

The German accent helped but I am certain I get it anyway.

I don’t recall seeing any of these before.
Top

The category was German Americans. I didn't need the accent.
Top

I was between Hughes and Lindbergh on Monday and chose wrong. I got FJ on Tuesday mostly due to remembering it from J! Archive. I'm only sure I saw Friday's show on TV previously (and I missed that FJ the first time around, not even recognizing the movie reference, but got it right this time, and I saw Some Like It Hot just this year IIRC). Yes, even the ToC game was probably a first viewing, even though I do remember seeing 2007 ToC games as they first aired and/or reran.

I was trying to say Volta for the African river, but made my wrong answer even worse by saying Volga. Harvey I knew from this game's FJ in the Archive.
Top

How widespread is this usage?

Like, I would never call myself German American, despite being raised in a household where German was spoken from time to time (my father was the son of immigrants, he grew up speaking it at home all the time and, figuring that bilingualism is in general beneficial and that German was the obvious choice since he was fluent in it, used it with my sister and I as a sometimes alternative to English, though not to the extent that we ever became fluent ourselves) and having an unambiguously German name; I'm an American of German descent. My dissertation adviser, who was born and raised in West Germany to German parents and recently became a US citizen, is a German American.

I can't recall ever hearing "German American" used except to describe people like my adviser. Obviously my direct experience isn't necessarily representative, though, which is why I'm asking.
There are zero decent, moral people who support the death penalty.
Top
Post Reply
25 posts