FINAL JEOPARDY! CLUE
The Army’s longest continuous campaign, 1969-2007, began in this Northern Ireland city known by either of 2 different names

Zach is a superchamp. Who would have guessed halfway through his debut DJ! round: http://www.j-archive.com/showscores.php?game_id=6694

Zach probably needs some work in the Bible and Sports area although those can be tough ones to bone up on quickly since they can be very wide-ranging.

After Bo's chat story Ken was left to resort to Alex's, "Good for you".

The FJ! category had me expecting something in the Tennyson/Light Brigade/Crimean area and instead it was more current.

Not good for me as I sheeped with the contestants in having nothing better occur to me other than common Irish counties such as Clare and Cork. The name I tried to recall, but was nowhere near was Ulster.

It's impossible to see all the streaming shows that hit my radar while I do try to sample some. Perhaps if I had ever gotten around to seeing an episode of the Catholic school girls sitcom that takes place in the right place and time then that could have been enough.

I'd like to think the writer(s) were coming at the clue only from a historical standpoint and nothing to do with whatever is being viewed at home.

Archive hits for the longer name: Nothing recent and nothing in the FJ! round. Usually it takes a miss in the FJ! round to help something stick that glides by in regular clues.

Zach was the best of the three players, so fortune was on his side to have the runaway thanks to hitting DD2 while Bo missed DD3 even though Zach still would have won on the TS with Bo's possible 9600 still not getting him in a 2/3rds scenario.

What I needed for the FJ! clue was a Stephen King hint. Reading the right things, having watched helpful media, having been taught in school or traveled to the right places was not going to have happened for me.

Yes, of course, the common miss will be a poll option for another of those where it likely eclipses the correct response.
Top

Had a bit of a tough time in DJ... being unable to think of one word in a song lyric I otherwise knew cost me 2x 1600. Clammed on "dollars to doughnuts" because I couldn't choose between that and "a dime a dozen" fast enough.

On FJ, Londonderry was the first thing I thought of because why would they make FJ just a clue on "name a country in Northern Ireland"? Then I assumed that would be too obscure for FJ and thought "maybe Belfast has another name I don't know about." D'OH!!!
Top

, beauty, T.S. Eliot (transplanted American should be a Pavlov), Bootes, Antares DD this has come up before
9200 trash + FJ for 4th podium win
FJ: (London)Derry

I really need to Pay attention to what categories they are at. i Said Oregon thinking Oregon Trail and didnt notice we ere at the Lincoln Category.

As a big Sports fan, im sad they didnt get through the last 2 clues.

Had No Guess on Final. Couldn't come up with any Irish cities that weren't Belfast.

Halfway though Kens Run and im hoping more and more he Gets the Permanent Gig. But Obviously id like to see the other Candidates. Also the KTRK feed cut out the Sony logo at the end for some reason.
Top

There are only two cities I know in Northern Ireland, and I knew Londonderry is referred to two different ways, so this was an instaget (I have seen an episode of the Netflix show, but would have gotten this anyway).
Top

By the way Kristen Seigel is the cousin of Adam Seigel who has a monster collection of Whee of Fortune episodes and has uploaded a ton of them here:
https://www.dailymotion.com/dm_56b5c716 ... ef1/videos
Top

I can name one city in Northern Ireland. (London)Derry isn't it.
Top 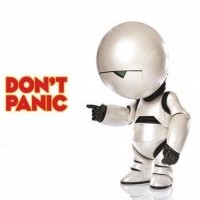 LT: honor, Ninevah, British Virgin Islands, Bootes, (Antares) & I would have had both Friends & Beauty if I'd just have listened to my gut
FJ:

Amen, brother. On the other hand I was pretty certain that President Lincoln didn't name General Lee to head the Union Army.

(And that it wasn't General Custard either)
Top

Amen, brother. On the other hand I was pretty certain that President Lincoln didn't name General Lee to head the Union Army.

(And that it wasn't General Custard either)

To be fair, if it were Lee, "what could possibly go wrong?" would be a good prompt for it.
Top

Code Words for $800 felt poorly pinned. I was also swing-and-miss with "conduct".

Ran Gym & Juice and Prime Rhyme. My only misses in J! were McClellan, Beersheba, honor, and the three Sportscasters clues.

NHO the first three Phrase a Coins, but I got the bottom two. Poll request on "show no quarter"?

Once again the Caribbean eludes my brain. I keep thinking it's waaaaaaaaaay out to sea and that Cuba is just its own thing entirely, and can't find a way to redraw my brain's map.

What was the TOM for Boston on Poet for $400? Ended up skunking that category.

Got all but Bootes in Big Star (although I did LOL at the pun), and all but "Seasons in the Sun" in No. 1 Record.

No guess on FJ! Not even a "Danny Boy" TOM would have gotten me there.

I suspect you'd be one of very, very few to check "haven't heard of it" box.
Top

I suspect you'd be one of very, very few to check "haven't heard of it" box.

That whole category seemed upside-down to me.
Ten Pound Hammer

Poll request for J25 Beersheba. I've read the relevant chapter many times in different English versions and at least once in Hebrew. Didn't have a guess. Wouldn't have gotten this even if given FJ time, except as a random shot in the dark. All I knew was it wasn't going to be my precall, Shittim. For some reason it never is.

Another Belfast here, knowing it was probably wrong. Sadly, I thought of that Netflix show our daughter watches but didn't recall the title immediately and then my mind wandered off to see if there were other Northern Ireland cities I could think of.
Top

Poll requests seen for the coin clue and biblical place.

I clammed on quarter and negged with Ur. Since I was not 5/5 on the FJ! clues I don't mind the extra clues being ones I did not get.
Top
Post Reply
73 posts