CABLE NETWORKS looked like a great category for me, and while I solved it to match the contestants, I would not have been as optimistic if I knew the general subject matter of it.

If I have to poll a choice that begins and ends with the same correct letters, I will, while I'll be happier if it turns out no one bit that way.

Stuart bet the pretty $3000 to have possibly fallen to 15800. Gina ended up finishing at 15995. Give Gina a sole solve and suddenly she wins when proper wagering makes that not in the cards.

Stuart played DD3 in the last category and he did not seem to like it, so he bet just 1000 of his 6700 lead at the time. With it being in the second box the clue turned out to not be too difficult although I know from direct experience that not everyone can make that kind of avian connection.

The Whitman clue was just waiting for someone to miss it and Nicole ended up being the $2000 victim to close the DJ! round.
Top

Thanks to the dentist numbing my mouth and delaying my lunch, all done early: https://www.j-archive.com/showgame.php?game_id=6931

I had a 9:00 appointment and got home at 10:01 just as Gina was being introduced. It was very close to being the time to send out the Bat Signal for a pinch hitter to archive the game.
Last edited by MarkBarrett on Thu Feb 04, 2021 6:18 pm, edited 1 time in total.
Top

Science $1600... that is most definitely NOT what a standard deviation is. Standard deviation is a measure of the variability of a data set, it does not apply to a single data point. I suspect "deviation" is what they were after, which is a term/concept more seldom heard by the layperson. Standard deviation should be a solid neg, but then you've got a pretty tricky clue for anyone who isn't in the small slice of the population who has had stats and retains more than the most basic terminology.

I zigged when i should have Zagged on Yosemite vs Yellowstone.

Originally put CNN when Ken Read the Question but realized that CNN probably wasnt around in 79, ended up Putting C-Span with about 5 Seconds Left. But that was a Fairly easy Final.
Top

I think you meant to link this: https://www.j-archive.com/showgame.php?game_id=6931 . Thanks of course as always of course.

He must have still been doped up on novocaine.

The poetry category was beyond easy even on Teen Week. I did clam on the last one. I knew it had something to do with singing but couldn’t piece it together.

I said eating instead of digesting wood. Judges?

Done with FJ before Ken was done reading. CNN began in 1980. I think their first story was the shooting of Vernon Jordan.
Top

I think you meant to link this: https://www.j-archive.com/showgame.php?game_id=6931 . Thanks of course as always of course.

Fixed it, thank you. Surprised I don't do that more often as I have both open to give the game a once over after I archive it. Right, I can blame the dentist.

Pat also pointed out the AT&T building in Nashville. That is just an evil looking building. It's the kind of place Satan would have his headquarters. 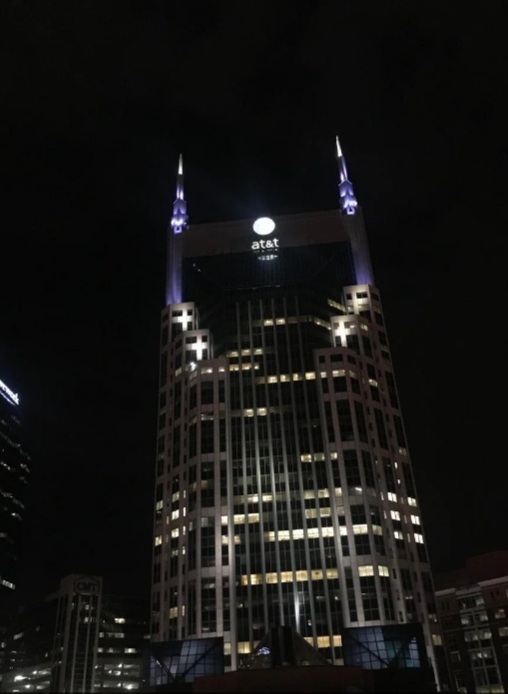 Now about Jeopardy. Do you suppose they would have accepted 33 or were they only going to accept thirty-three-and-a-third?

And what is that 5 tone sequence that accompanies the CBS logo? I know I've heard it before.
Last edited by floridagator on Thu Feb 04, 2021 8:04 pm, edited 2 times in total.
I'd rather cuddle then have sex. If you're into grammar, you'll understand.
Top

NHO the guy in Pop Culture for $600, which was my only miss there.

I actually own a Telecaster, so no way was I missing that. Missed only "mosquito" in that category.

0/5 in Man's Plain and History Across the Ages.

3/5 in Musical was three more than I thought I would get right.

What was the TOM for Yellowstone in Cornerstones for $400?

Can't say I've heard of "cross examining" before. Odd when the top box is not only my sole miss, but also my sole NHOI.

My coinflip of CNN/C-Span landed on the wrong side. As usual. Any reason I should know it was one over the other?

She may have including great-nieces and nephews in her tally.
Top

"D" in quotation marks, so no go.
Ten Pound Hammer

Didn’t catch that. No wonder I didn’t do well in the category. Maybe I should have said “What is dine?”

floridagator wrote: ↑
Thu Feb 04, 2021 7:22 pm
Will I get in trouble if I ask about something that happened on Wheel of Fortune tonight? Contestant said that she has 50 nieces and nephews across three generations. What does that even mean? Your nieces and nephews are all of one generation, that is the children of your siblings.

Pat also pointed out the AT&T building in Nashville. That is just an evil looking building. It's the kind of place Satan would have his headquarters.

That looks like Barad-Dur from the Lord of the Rings movies.

I would vote no on that one. Wood (i.e. cellulose) is insoluble in water. It's the chemical processes - the digestion - that process them into soluble components.
Top

Quick FJ! solve. CNN didn't even enter my consciousness - the clue just seemed to me to imply they were giving a speech, but rereading it, that's not necessarily the case. I can see why it's a possible thought, since its debut was merely a year later, but nonstop coverage of Congress is kind of CSPAN's thing. My only qualm was whether to add a "2" to the end or not, but I just shaved it off with Occam's Razor.

I did not recognize Oscar Isaac in that picture they showed of him at ALL. Definitely not Poe Dameron-esque. The clue went over my head at the time, but rereading it, I remember that Llewelyn Davis movie. He's definitely fair game, considering he's been in 1/3 of one of the most prominent film franchises out there.

Alfred Lord Blank for 1600? Admittedly, it's a skill to ignore 99% of a clue, but one that's easy to develop - and easy to misuse.

I fell for the negbait of Hillary Clinton for "Madam Secretary". I didn't know Albright was known for her pins, and I've seen her speak - although not about pins. The "jewelbox" association isn't one I would pin on either Clinton or Albright.
Top
Post Reply
60 posts