3/8 FINAL JEOPARDY! CLUE
A 1949 broadcast in Spanish of this drama from 11 years before caused mass panic in Ecuador & the destruction of the radio station

3/9 FINAL JEOPARDY! CLUE
In a 1952 sci-fi story, a time traveler returning to the present finds a dead one of these insects on his shoe

3/10 FINAL JEOPARDY! CLUE
The only Ian Fleming James Bond novel not told in the third person, it's narrated by one of 007's paramours

3/11 FINAL JEOPARDY! CLUE
Representing its outspoken tone, this newspaper founded in the 19th century has the name of a free-spirited opera character

3/12 FINAL JEOPARDY! CLUE
8 presidents have visited this battle site with an Algonquian name about 50 miles from Washington; for McKinley, it was a return visit

The extra clues have a requested triple stumper followed by two the players got correct.

D MIDDLE OF THE WORD $1000: It's a French dialect of Louisiana, ma chere

U.S. COINS $1000: Released in the order in which states ratified the Constitution, the state quarters series began with this one in 1999

ALLITERATIVE LIT $2000: Dickens debuted with this serial about a club & its eccentric members

Would have figured out Acadian as an LL question, but no guess in J! time
Ant and never read the Bradbury story
Octopussy From Russia with Love
Top

No guess on the misses; Le Figaro was unfamiliar to me.
Ten Pound Hammer

In sort of a reverse Alice in Wonderland, 'Pickwick Papers' is a shorthand. The original title is 'The Posthumous Papers of the Pickwick Club'
I imagine that would still count if you're showing off (at least per J! alliteration standards if not English definition standards) because of the "Posthumous Papers" part.

Not read the Bradbury story
Read and seen The Spy Who Loved Me
Le Figaro does spark recognition; enough, at least, that I'm confident leaving that box unchecked
The best thing that Neil Armstrong ever did, was to let us all imagine we were him.
Latest movies (1-10): Foreign Correspondent (9), Colossal (9), The Love Bug (8), The Awful Truth (9)
Top

Guessed "On Her Majesty's Secret Service". Thought of the correct response as time expired.

Wasn't getting Acadian, and responded with Nicholas Nickleby instead of the correct response.
Top

Friday was my first FJ miss in over three weeks. Of course in my two 5/5 weeks prior to this, the extra clues included something I missed, and now when I'm 4/5, I'm 3/3 on extra clues.

Algonquin had me thinking New York, and so I thought Ticonderoga, but I associate that with the Revolutionary War, and I recognized the McKinley reference as a Civil War indicator. Manassas was the best I could think of for Civil War battle sites.
Top

Butterfly ran through my mind Tuesday, but I wasn’t sure about it. Not familiar with the Bradbury story

Seen The Spy Who Loved Me, have not read the book. Was actually not sure the movie title was a book title.

Have read Le Figaro, or at least tried to muddle through some articles when my French was better.
Top

I probably shouldn't still be mixing up the Constitution State with the first ratifier...

I've read the Bradbury story because Robert K S was kind enough to post a link here. It's short, and kind of thin. The Bradbury story that made an impression on me as a child was "The Veldt."
I don't think I ever saw The Spy Who Loved Me. A gap in my education...

I think Casino Royale was the only Bond I read.
Top

Monday through Wednesday were an, I believe, unprecedented streak of things I already knew; usually I learn something, even if I work the clue and am all but certain my answer is correct.
So Thursday dumped me on my head with a nightmare category. I'm bad at domestic papers. International? Bet $0, write down a dash, spare myself the agony. In this case, never heard of Le Figaro, guessed an opera character (Carmen), was wrong.
Back to normal Friday. It was a guess, but it paid off.

I have not read A Sound of Thunder; there was a crappy movie about 15 years ago that I saw.
I've seen all the Eon Bond films and, I believe, read all of Fleming's novels. (There are a few short stories I've missed.)
Oh, what has science wrought? I sought only to turn a man into a metal-encased juggernaut of destruction powered by the unknown properties of a mysterious living crystal. How could this have all gone wrong?
Top

I’ve seen every Bond movie. I’ve read plenty of Dickens but not The Pickwick Papers. I’ll have to see if my library has it. After last week’s disappointing FJ run, 5/5 feels good!
Top

I'll break Octopussy's cherry by being the first person to mark that one off on the poll.

I never actually wrote down a guess for Friday's, but Antietam was the name going through my head at the end of the think music, so I'm counting it.
Top

Moth, For Your Eyes Only.

My unread copy of The Spy Who Loved Me was actually pretty near to hand: 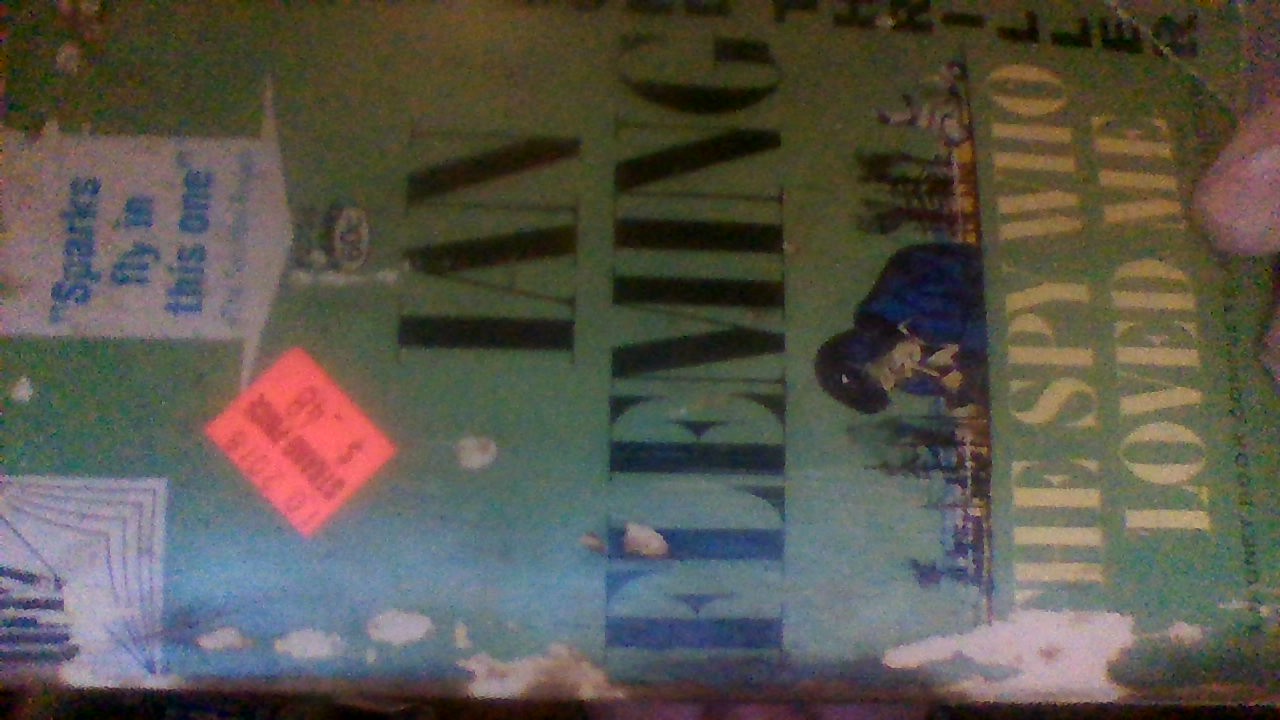 A cockroach, like in The Metamorphosis, for lack of a better guess.
Octopussy. I should've concentrated on recalling more titles.
Bull Run.
Top

Wish the extra clues had been FJs. Starting next week -4, could set a record miss streak by Tuesday.

Dragonfly, On Her Majesty's Secret Service, Le Monde, Appomattox were the misses.

Had an early college course, maybe English 101, where the first assignment was to write a short bio of a fictional character. I wrote a bio of Pickwick in Sam Weller's voice and style. The instructor's note said it was either an automatic fail for the entire course, or an A+ on the assignment if I could prove I wrote it instead of plagiarizing it. Fortunately, I had kept the original handwritten rough outline plus a typed draft with edits. She was still suspicious of me throughout the rest of the course.
I'm not the defending Jeopardy! champion. But I have played one on TV.
Top

The Bradbury story was one of the few to make an impression on me in high school. Not enough of an impression for me to recall the author or title. But I instantly recognized the scene and knew the insect involved. Im pretty sure this story got me to thinking about time travel in fiction.
--Peter
Top