IOW, no singleton for this thought?
Top

Sorry for blocking you. You can come back now.

Sorry for blocking you. You can come back now.

Hooray for Brian! I take back every nasty thing I ever said about you, or about Canadians in general. Thanks for the assist, and I'll try to behave myself better in the future.
Top

I have changed the submission deadline to Wednesday at 10 AM, which is about one full week from when the questions were (finally) posted.

I have included a note on question #8 stating that "Super Mario" must appear in that order, with nothing between the two words in the game's title. A couple of people had asked about whether or not that was a requirement.

Someone also pointed out that my example in question #6 was a little flawed, since while there were lots of LOTR board games made after the Lord of the Rings movies came out, there were probably also games based on the LOTR books that existed decades before the movies were ever conceived. I think in the back of my mind I knew that my logic was a bit faulty there, but I didn't remember to put any additional thought into it. I guess my intention was that the board game should not have been based on any previous piece of media, be it a movie, tv series, books, comics, etc. So take a hypothetical Superman board game, hypothetically made in 1972, several years before Superman: The Movie was released. This would not be a valid answer, even though the game was out before the movie, since essentially both were adapted from the comic character.

Hopefully this "clarification" doesn't make anyone hopelessly confused as to what in the heck I'm talking about, which seems to happen pretty often when I attempt to "clarify" something. If you have any other questions about this, or want to ask if a particular answer is acceptable, feel free to do so by PM. I don't intend to disqualify any answers for something like this, if nothing else I may ask for a replacement answer if someone submits something that I don't think should count due to the way I phrased the question.

I have now been through all my PMs, and we are already up to 14 players. I believe I have addressed all the questions and concerns that have been brought up. If you asked a question in your PM and I haven't answered it yet, feel free to ask again, because I have been playing catch-up and it is possible that I could have overlooked something.
Top

We're already up to 24 players, with 3.5 days still to go. Still plenty of good answers remaining, so get those entries in now!
Top

With nearly 24 hours left to enter, we are now up to 28 entries. I am in need of clarifications from WRV and bgm, so please check your PM folder and get back to me as soon as possible.
Top

After a flurry of entries on Tuesday, we now stand at a whopping 37 players. The deadline is 10 AM (eastern) Wednesday, but it may be after 11 AM before I start scoring, so if you want to try to get an entry in Wednesday morning, any entry received before the first scoring post will be considered, so go for it! Thanks to everyone who has entered so far. Lots of great answers have come in, but there are still plenty of good ones available.
Top 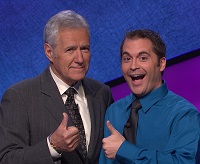 jeff6286 wrote:After a flurry of entries on Tuesday, we now stand at a whopping 37 players.

Holy crap. I was figuring half that. Had I thought there would be so many players, I might have used my DROP differently. Hmmm. Well, something for me to remember next time.
Top

With a couple sneaking in just after the deadline, we ended up with an eye-popping 44 entries to this TD, including lots of names I've never seen before. It's always good to have new blood. Some of the old blood has been getting a little smelly.

jeff6286 wrote:After a flurry of entries on Tuesday, we now stand at a whopping 37 players.

Holy crap. I was figuring half that.

Who did you consider to be the half player?
Top

I can't wait to see if my first answer was correct.
Blogodarnost
Top

Yikes, it is a lot more work to compile 44 answers than it is 28, which is the number of entries I had in both of my previous TD-hosting stints. I am sure to make an error or twelve somewhere along the way, so be sure to let me know (nicely, if at all possible) if you see your name under an answer that you don’t remember giving, or if by some chance you don’t see your name at all for any particular question. With that out of the way, on to question #1...


1. Name a theme park that was one of the top 20 most visited theme parks in North America in the last 3 years. I have found complete lists for 2009, 2010, and 2011. Disney, Universal Studios, Six Flags, Busch Gardens, and Sea World (and probably some other companies) all run multiple theme parks, so make sure you indicate which one you're referring to if you go with one of these chains. Walt Disney World is not a correct answer, as it has multiple parks on its property, all of which are considered separately for this list. There are no water parks on the list, though some parks on the list may have water parks associated with them, and of course most parks have at least some sort of water rides. (Sea World is not considered a water park.)

With 44 entrants and 22 correct answers, we surprisingly had 6 go unused. The trick to this list is that the entire top 10, and 14 of the top 20, are parks in Florida and California. Since they are able to stay open year-round, they have a bit of an advantage over parks in states like Ohio and Pennsylvania. I couldn’t find any information on park attendance figures outside of the top 20, so I don’t know how close any of the incorrect answers were to making the list.

I’m guessing that some people may have steered clear of the Disney parks since I pointed a giant flashing arrow at them right there in the question. Re-reading my question right now, it occurs to me that the phrase “Walt Disney World is not a correct answer” may have been a poor choice of words, as that may have made some people think that none of the Orlando-area Disney parks made the top 20 on their own. If that was the reason some of you stayed away from Disney parks, then I apologize. But anyway, that worked out well for katiediewhat, MarkBarrett, and mitchparov, who scored a singleton by naming the #1 most visited park in the world, the Magic Kingdom. Turd Ferguson wisely caught onto the “North America” part of the question and correctly assumed that there might be a Canadian park on the list. Two of SeaWorld’s parks also scored singletons, while the third went unused, and the final singleton, Six Flags Great Adventure, fell out of the top 20 in 2011, but was there in 2009 and 2010.

Cedar Point and Six Flags Magic Mountain were fairly predictable sheep answers, as both are well-known for their impressive collections of roller coasters. Six Flags Great America was a bit more surprising, as it wasn’t even in the top 20 in 2011, and was barely there the previous 2 years. The number after each answer is the park's rank in 2011, with most holding the same ranking, within a spot or two, over each of the past 3 years.

I see perhaps lisa has a similar strategy to mine - when it's feasible, use the hometown answer. Sadly it didn't work this time. I'd have been happy to share the doubleton...
Top

debramc wrote:I see perhaps lisa has a similar strategy to mine - when it's feasible, use the hometown answer. Sadly it didn't work this time. I'd have been happy to share the doubleton...

Your entries came in a mere 19 minutes apart, and without giving too much away, don't be surprised if this isn't the last time you two have the same answer.
Top

I was gonna do Busch Gardens Tampa but figured econgator was gonna be all over it!
Top 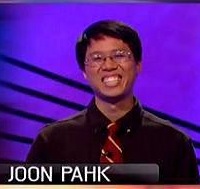 it took me about 10 seconds of retrospection to realize that i should have used my drop on this question, since i know next to nothing about amusement parks. oh well.
Top

jeff6286 wrote: Cedar Point and Six Flags Magic Mountain were fairly predictable sheep answers, as both are well-known for their impressive collections of roller coasters. Six Flags Great America was a bit more surprising, as it wasn’t even in the top 20 in 2011, and was barely there the previous 2 years. The number after each answer is the park's rank in 2011, with most holding the same ranking, within a spot or two, over each of the past 3 years.

Didn't think I was cutting it that close with my Great America answer! The funny thing is that I was vacillating between that and Great Adventure, which I thought would have a higher chance of being correct. Turns out it was only one spot higher and fell off the list in 2011 as well! Ended up choosing Great America for the simple reason that I've been to it, but I should have just gone with EPCOT... (I was geeky enough as a kid that when my family took its Orlando vacation, I was more excited to go there than Magic Kingdom. I'm not the only one here for whom that's true, I'm guessing.)
Top

debramc wrote:I see perhaps lisa has a similar strategy to mine - when it's feasible, use the hometown answer. Sadly it didn't work this time. I'd have been happy to share the doubleton...

I figured that might happen (as a former San Antonio resident I often match gamawire too). With its location I'm really surprised it didn't make the list. I'm always happy to share doubletons

Off to a great start!
Top
Post Reply
129 posts