Should've gotten Hockney...I remember making a mental note to -try- to remember swimming pool = Hockney...I'll be very sad if I miss it again
The best thing that Neil Armstrong ever did, was to let us all imagine we were him.
Latest movies (1-10): A Hard Day's Night (7), Jabberwocky (6), Florence Foster Jenkins (7), The Man in the White Suit (9)
Top 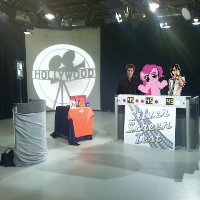