FINAL JEOPARDY! CLUE
A county in England has an ocean coastline roughly twice as long as the 18 miles of this U.S. state named for it

That was a strange game as the J! rounds scores of 4400, 6400 and 5800 indicated a close game while in the DJ! round the scores ended up widely separated.

Kyle could not get a break on the DDs losing 8400 in wagers on the ones he played.

For the “What If” game I doubt it matters if J.R. finds DD2 and/or DD3 as he would have needed a huge wager on at least one of them and a solve plus trouble was lurking on the tougher DD in Garfield. If Leanne found the DDs she was unlikely to lose her lead playing from a position of scoreboard strength.

REMEMBER JAMES GARFIELD had me ready with Charles Guiteau five times and not to be as the clues went other places.

Matt Carberry: https://mattcarberry.com/Jeopardy/j-airing.html will like the BEHIND THE TV & RADIO CALL LETTERS (or at least the TV portion) and I liked the trash available for knowing the city with KOIT and Coit Tower.

Alex made sure that J.R. knew Leanne did not have a lock and the host fooled me in the FJ! round as his comment after J.R. doubled made me think it was going to matter.

A miss for me on the FJ! clue as I started with Atlantic coastlines down in Georgia thinking it had to be one of the 13 Colonies. Georgia was a correct response earlier. Out. Two Carolinas, nope. Virginia (in a way) was in a prior clue’s wording. MD and DE did not fit the wording.

I wrote New Jersey for a place with an English name and I never comprehended the clue’s wording to understand I needed a state with only a little bit of coastline. If I would have worked the clue from Maine down I may have had a better chance of solving it.

East Coast bias gets me again and nice by the players to both get it right.
Top

Sadly it seems like today's game was a classic case of "live by the sword, die by the sword". Kyle made a good move in DJ by making the first DD in that round a true one, but it didn't work out for him and it knocked the wind out of his sails. I also agree with Mark Barrett that it's hard to say for sure if J.R. getting either of the DD's that Kyle missed would have made a difference, as he would have needed to get one or both of them right and also have hoped that he wagered enough to stay ahead of Leanne.

Assuming they would accept postal codes, I got FJ written down in time. I didn’t fully grasp what they were going for.

I did well in call letters except for the tower I have never heard of. It certainly isn’t the first landmark that comes to mind when one thinks of San Francisco. Poll request?

I went 3/3 in DDs. Working in grocery stores (grateful to be essential) made Dove bars pretty simple even though I don’t use that soap and don’t recall eating that ice cream bar.

For the second one I was trying to remember if it was Marshall Field or Field’s before I remembered Sears is based in Chicago. The Garfield one I got although Republican being in the clue concerned me.

Kicking myself for not getting Chickimagua.
Top

Bamaman wrote: ↑
Tue Mar 31, 2020 5:55 pm
Assuming they would accept postal codes, I got FJ written down in time. I didn’t fully grasp what they were going for.

I did well in call letters except for the tower I have never heard of. It certainly isn’t the first landmark that comes to mind when one thinks of San Francisco. Poll request?
...

Yes, for postal abbreviation as long as it's the right one. Request seen and I can do it even though I don't like fussing with image clues for the poll.
Top

Blanked on Radical Republicans, but it's in my flashcards, so I should have been able to pull it.

Negged with Tennessee for Chickamauga. My grandparents used to live near Lake Chickamauga, which is in TN, so that's the word association I had. Battlefield site was in GA though.

US State + named after an English county = only one choice as far as I know.

Pretty straightforward once you ignore the coastline part of the clue.
Top 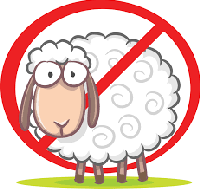 I ran call letters. I pre called WLS and two that did not come up, KYW in Philadelphia and WCCO in Minneapolis. I definitely had a feeling that one of WGN or WLS would be in the category. I have also been up the Coit Tower at least twice and viewed the left wing murals in its Lobby. (Are there any right wing murals anywhere?)

I think that is a category that we could have a lot of fun with. I would expect to see it again. They could do a whole category just on stations that have Roman numerals as their call letters.

Final was an Insta get of insta gets. I learned many years ago that New Hampshire has the shortest Coastline although I thought it was 23 miles. Bamaman: the most important thing in any clue is finding the word this to know what the question is going for. This state.


As my pre call indicated, I knew that WLS referred to Sears. The neg bait was not Neiman Marcus, which is headquartered in Dallas, but Marshall Fields. I suspect that they would have accepted Field's for Marshall Fields if that had been the correct answer, since that was what the store was popularly known as, and its Field days.

After the horrendous game on Friday, this was a fun game, but it would have been more fun if the champ had not flamed out on The Daily Doubles. Me, I hesitated briefly on radical republican because Republican was in the clue.
Last edited by floridagator on Tue Mar 31, 2020 8:37 pm, edited 1 time in total.
I'd rather cuddle then have sex. If you're into grammar, you'll understand.
Top

Pretty straightforward once you ignore the coastline part of the clue.

If I'd ignored the coastline part I wouldn't have got it. I admit I forgot the -shire that comes after York...

Pretty straightforward once you ignore the coastline part of the clue.

For me, the coastline part was the key. It might as well have just said, "This state has an 18-mile coastline." But that's what made it a good clue... multiple paths to the solve.
Top

I almost ran the call letters, except I blanked on San Francisco. My favorite call letter trivia is local TV station's WLVI - and it could theoretically be a J! clue in the category: Appropriately, WLVI is this channel number in Boston - they converted it to Roman numerals. They love their roman numerals, and I'm surprised that they didn't use that station or another one for that type of clue. I knew that "GBH" was "Great Blue Hill", so getting "Boston" was just a touch easier for me...or if you watch any PBS show that's created by WGBH Boston, like NOVA.

I finally got Stockholm/Oslo fixed in my head for the non-peace version of the Nobel prize. I only know Oslo because my favorite cheesy band is from Norway, and has played there for the Peace Prize ceremony. The first words to their biggest hit happen to be my screen name...

I gave myself a BMS/credit for "St. Charles" instead of "St. Charles Place", because I would have gotten there. Nobody who plays Monopoly ever says street/avenue/place, except maybe for Park Place.

I hit the wrong side of the coin for FJ!. Went with Jersey/New Jersey. Honestly, even if I'd paid attention to the coastline clue, I'm not 100% sure I would have been able to definitely know that New Jersey has a much bigger coastline than New Hampshire. I kind of just jumped on it and thought WECIB...well, I guess ICBSE.

Last time the champ bombed before FJ!? Seems like it shouldn't be that uncommon - I want to say we've had at least 4 or 5 FJ!s this season with only two players, but I may be conflating the Saturday reruns and the Netflix episodes with the current season.
Top

on DDs. Went with Marshall Field's for Sears.

Could not get New Hampshire, went with New Jersey to have something.
Top

If you're from Boston, you know gbh stands for God bless Harvard. For decades, WGBH had its Studios, basically an entire back lot where they produced all those series, at very low rent on land owned by Harvard, which the university is now developing after WGBH moved to a fancy expensive building on the Mass Pike.
I'd rather cuddle then have sex. If you're into grammar, you'll understand.
Top

If you're from Boston, you know gbh stands for God bless Harvard. For decades, WGBH had its Studios, basically an entire back lot where they produced all those series, at very low rent on land owned by Harvard, which the university is now developing after WGBH moved to a fancy expensive building on the Mass Pike.

I went to Harvard and never knew any of that! (Except the part about Harvard developing the land in Allston, which spawned some ideas that thankfully never came to pass...)
Top

I don't think they sell Dove chocolate bars in Canada. If they do, I've never seen them before.

I had nothing before Kyle quickly said Neiman Marcus. Maybe if he takes a few more seconds I'm able to get it in time.

The 18 miles info really narrowed things down in Final. My first thought was New York but Long Island has way too much coastline.
Top

Last time the champ bombed before FJ!? Seems like it shouldn't be that uncommon - I want to say we've had at least 4 or 5 FJ!s this season with only two players, but I may be conflating the Saturday reruns and the Netflix episodes with the current season.

I precalled WGBH in that category, but I may or may not live near the Blue Hills.

Admittedly it took longer than it should have in life before I realized that GBH stood for Great Blue Hill.

Champ not playing Final typically happens, at least in recent years, once or twice a season. From TheJeopardyFan:

Kyle is the first defending champion to not make it to Final Jeopardy! since January 24, 2019.

NHO Domino sugar, my only miss in the category. Blanked on Escobar for 4/5 in Animals.

I really struggled with the DJ! board. Got all but San Francisco in Call Letters, but had only five other gets on the entire board. Utter failure in Movie Title Females and Plays & Playwrights.

What was the TOM for Trojan War in Plays for $400? I was trying to find a war that occurred in the 1600s, and I don't see anything pointing to Trojan whatsoever.

I could have taken 400 guesses on Garfield for $400 and never gotten "log cabin". I thought "farm" was the TOM and almost WAGged "barn'.

State with a name originating in England, and a very short coastline? Sounds like New Hampshire to me.