A message board for fans of the Jeopardy! television show. Golf is our JBoardie of the Month!

FINAL JEOPARDY! CLUE
Before going into education, she graduated from the University of Rome in 1896 & was named assistant doctor at its psych clinic

No, I have not seen the game yet. What I do do is use J!6 to get the categories ahead of time on my scoresheet.

One category is GOOD STUFF IN 2020. My first thought was a sarcastic, "Can the writers really find five things?"

The J!6 is about: I decided to try to guess what the writers came up with for the category and my predictions are:
Top

GOOD STUFF IN 2020 had me not even close on my prediction game in the earlier post.

Precalling off the FJ! category went better as I took one shot and it was a direct hit.

First time this season though likely not the last with a DD not uncovered. In another time line Sarah does not call for the $400 clue with a category remaining and a DD hiding. Instead she tries a strategic search, doubles up and steals the match.

Brian won the J! round, narrowly lost the DJ! round and outright lost the FJ! round.

I got FJ from the category too. The pool of potential responses is pretty small--John Dewey, Horace Mann, Phineas J. Whoopie--that I'm surprised first place didn't get it. But, everything's easy if you know it, I guess. I missed Friday, and I had to google even after seeing the correct response, since I couldn't work out
ETA: Annie Sullivan would be another one.
Top

For educators I would throw in the old Greek SPA guys, Booker T. Washingon, Scopes & McGuffey. With the category adding "Pioneering" then to me it was really screaming just the one name. I would have bet the farm as Dana did, off the category, as even if wrong on the precall I would expect to be a able to connect the dots.

THE SOUND OF MUSIC took longer to do than the next 10 clues that completed the opening segment. I took guesses where and when to link and had the works with .jpg, a.jpg, b.jpg, and mp3 while perhaps I should have made one of those clues an .mp4?

The category made me laugh because on Friday I resisted the temptation to post a remind-alike of Sarah (not the same hairdo though still reminded me) to the talent show runner-up with the repeating bows from the movie.
Top

Did I miss something with allowing the Sirius XM Radio answer while not in the form of a question?
Top

After just saying "Sirius XM", she kinda mumbled, "Is it Sirius XM?"
Top

OK. I thought I heard her sort of stutter “Si-Sirius XM Radio” the second time.
Top

For a while there, I was sure Brian was on his way to an easy victory. Congrats to Dana for coming out on top!

I waffled for too long between System of a Down and Rage Against The Machine, and definitely should have gotten Leon Uris. Other than that, I think I had a fair game.

Super happy that I'm 4/6 on Final, because last season it felt like I was really, really struggling in that category. DDs are 88.24% as well, which I can't complain about.
Top

Ugh - listen to the category...

I had a woman who was in medicine at the turn of the century...I had Clara Barton and Florence Nightingale. I then shoehorned Nightingale in, because she was on the correct side of the Atlantic, and figured that nursing could entail a great deal of education of the next generation. Of course, knowing your chronology helps in J! - both of them were born in the early 1820s, which is way off from graduating college in the 1890s.

I can't say that I would have hit Montessori even if PIONEERING EDUCATORS had started flashing on the screen. I honestly didn't know Montessori was Italian - I knew it was named after a person, but it could have been Italian-American for all I knew. And I had NHO her first name being Maria...so, how do I solve a problem like Maria? I didn't.

At least I ran all the non-TS clues in The Sound of Music...although Julie Andrews was higher than Rodgers and Hammerstein? Granted, the movie was produced during Lerner and Loewe's hiatus, but the stage musical was made right at the end of their first period of collabaration. It's a decent Trapp you could fall into. I'm sure there's a few other Broadway songwriting duos that I'm blocking right now.

President as an ex-government employee. Gonna remember that one. I got it, and giggled a little at the understatement.

I almost fell into a Bombay/Mumbai hole with Mother Theresa, but then figured they probably wouldn't ask for one without saying "also known as" the other or restricting to the modern name. Fortunately, I got on track and remembered Calcutta.
Top 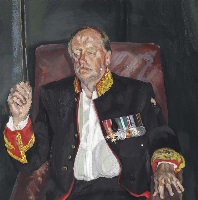 Holy cow, I felt like LSV tonight as I smoked through DJ, also only not knowing the bottom 2 Rock Stars

Montessori and McGuffey were my only precalls tonight...
Top

OK. I thought I heard her sort of stutter “Si-Sirius XM Radio” the second time.

I believe there was a cut immediately after she said it, so I'd guess there was some question with the judges too about what she said.
Top
Post Reply
37 posts